Unexpected life is discovered in a deep, dark Antarctic world 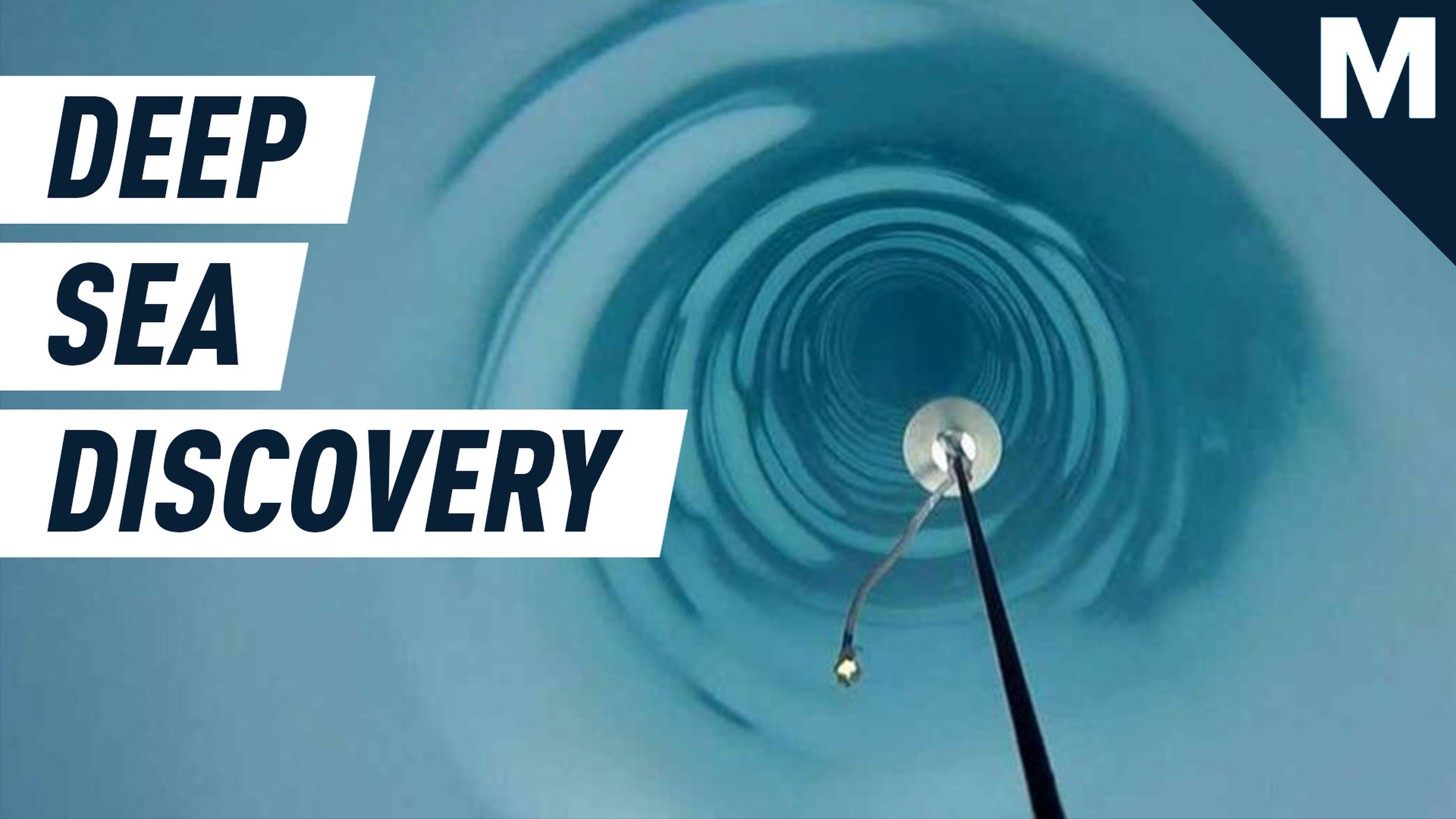 Scientists drilled through over half a mile of ancient, coastal Antarctic ice in 2016. Into the abyss, they lowered a camera and reached the seafloor, glimpsing a freezing, lightless world, hundreds of miles from any typical sources of food.

Did they see anything alive?

Yes. Beneath the Filchner-Ronne Ice Shelf — part of an enormous ice sheet that floats over the ocean — researchers unexpectedly spotted eerie sponges on stalks and other still unidentified invertebrates clinging to a boulder. Never before had anyone observed such life isolated so far under an ice shelf, a finding the researchers reported Monday in the journal Frontiers in Marine Science.

Down there, it’s an extremely harsh world, cut off from the sunlight that allows food and nutrients for sea creatures to bloom in the ocean. The life where they drilled is some 160 miles (260 kilometers) away from any light.

“The ice makes it like an enormous cave,” said Huw Griffiths, a marine biogeographer at the British Antarctic Survey and lead author of the research.

The organisms observed there, only briefly glimpsed on camera, are stuck to the seafloor. This makes their survival astonishing, especially because ocean currents aren’t known to bring the region many nutrients. “Those animals can’t go to the food,” said Griffiths. “They have to wait for food to literally bump into them.”

How often and what the animals could possibly eat remains a looming question. “It’s a very isolated environment,” said Kirstin Meyer-Kaiser, a marine ecologist at the Woods Hole Oceanographic Institution who researches how invertebrates establish themselves along the seafloor. “It’s very distant from any potential food sources,” noted  Meyer-Kaiser, who had no involvement with the research.

(Scientists have spotted jellyfish and other similar creatures beneath ice shelves before, but crucially, these animals can leave to seek out food.)

Many of the newly observed sponges have stalks attached to the ground, elevating them to where there’s more water movement. This suggests they’re waiting for tiny creatures to float inside, a strategy called filter-feeding. Still, these critters likely persist for a long time between meals.

“We know that deep-sea, Antarctic, and Antarctic–deep-sea filter-feeders are adapted to seasonal or otherwise highly intermittent food supplies,” explained Richard Aronson, the head of the Department of Ocean Engineering and Marine Sciences at the Florida Institute of Technology. “These animals discovered under the ice shelf are probably no exception,” said Aronson, who had no involvement with the research.

“We don’t know how long these things have to go between meals,” marveled Griffiths. “Maybe they’re not bothered if they don’t get a meal this year or decade.”

It’s possible these creatures get their sustenance from more unusual foods. This could mean bacteria floating in the water, or perhaps chemical nutrients from a nearby hydrothermal vent, which spew minerals from Earth’s crust into the sea. But the researchers didn’t see any vents in their brief glimpse of the seafloor.

“All these things give us questions, but no answers,” said Griffiths.

There’s also the question of how these sponges and other invertebrates got there in the first place. Similar-looking sponges elsewhere don’t disperse too far from their parents, explained Meyer-Kaiser. It’s unknown how these sponges or their ancestors could have made it to such a disparate place.

“How did they get there? Where did they come from?” she asked.

Finding this life in such a harsh, isolated place might be unexpected. But, then again, scientists have only peered through such deep boreholes through the ice a handful of times, observing a total area about the size of a tennis court, said Griffiths. And in the deep sea, which is mostly unexplored, finding novel, stunning life is the norm.

In other words, we largely still don’t know what’s down there, but regularly discover new things.

“The more we explore and find out about the ocean, the more we realize there’s life pretty much everywhere,” said Woods Hole’s Meyer-Kaiser.

See Also: Descending into the dark sea is like exploring deep space

The dearth of knowledge about life beneath massive Antarctic ice shelves is not for a lack of curiosity. Conducting this research just presents an enormous challenge. It’s hugely expensive. It’s frigid. It’s isolated. And you can only work there for a few months a year (the austral summer). “You have all the elements working against you,” said Griffiths.

Perhaps future robotic vehicles, capable of persisting in extreme cold, will enhance our understanding of this remote life, and even collect samples. For now, we know life survives in the most unexpected places. And the deep sea tells us to expect surprises.

“Because Antarctica and the deep sea are so unexplored, of course we should expect the unexpected,” said Aronson. “The fact that we are surprised may not in and of itself be a surprise, but we are nevertheless surprised, and will continue to be surprised, by the attributes of the discoveries.”